Realme and Xiaomi’s turf war shifted from just smartphones to ecosystem products in 2020. So when Xiaomi introduced the Mi Watch Revolve, it was only a matter of time that Realme would follow suit. Enter the Realme Watch S Pro

The premise is similar enough. Rather than a full-fledged smartwatch, the Realme Watch S Pro is a crossover. It combines the features of some of the best fitness trackers with nicer additions like a larger screen and slightly more robust functionality at an easy-to-reach price point. Has Realme finally launched a product that delivers what it promises? Read our Realme Watch S Pro review to find out.

What you need to know about the Realme Watch S Pro

However, this is not a full-blown smartwatch. In addition to the fitness focus, the feature set is rather thin. You won’t get much more than rudimentary controls for smartphone apps like music playback and the camera, in addition to a notification feed.

How’s the design on the Realme Watch S Pro? Unlike the Mi Watch Revolve and its enormous bezels, Realme opted for a more traditional sports watch look. I like it.

Nobody is going to confuse the Realme Watch S Pro for a high-end wearable. However, the design works and looks sophisticated enough to not be an eye-sore. In fact, it can easily hide away under a shirt cuff. This is in sharp contrast to the Mi Watch Revolve that looked like a wall clock on my wrist.

The 1.39-inch display is vibrant, though the colors don’t pop quite as much as on the Mi Watch Revolve. That said, with a peak brightness of 450 nits, the AMOLED panel is easily viewable outdoors. The presence of an ambient light sensor is definitely appreciated too, and it worked admirably well. Over the course of the review, my Realme Watch S Pro review unit received an update that enabled the always-on display mode. Unfortunately, there’s not much in the way of choice. You can opt between a digital and an analog watch face.

The rest of the package holds up as well, with the two pushers on the side having excellent tactile feedback. However, not everything is perfect.

The overall build quality is excellent for the price, though the plastic underbody is a downer.

The plastic underbody of the watch looks alright from a distance, but you can see corners were cut to hit the price point. This is particularly noticeable in the quality of plastics. Likewise, the quality of the included silicon straps could do with an upgrade. The 420mAh battery is rated for 14 days of battery life. I managed around nine days with the always-on display set to stay on during the day. With it switched off, I’m sure most users should be able to get the promised two weeks of longevity. Nevertheless, extended GPS-based workouts are bound to put a dent in that figure.

The watch weighs in at 63 grams with the band. This is a bit more than Xiaomi’s smartwatch, but combined with the smaller size, it makes the watch feel more substantial. For the price, there’s not much more that Realme could’ve added to the Watch S Pro to sweeten the deal. The Realme Watch S Pro sits in that curious category of products that do more than a fitness band but won’t let you extend the experience with third-party apps.

Realme is leaning hard into the fitness aspect of the watch by introducing a slew of hardware and software integrations. The hardware sensors range from a 6-axis accelerometer to a geomagnetic sensor, a gyroscope, a heart rate monitor, as well as a blood oxygen monitor. This is paired up with about 15 sports modes. These include:

Compared to the Realme Watch S, the Watch Pro gets the basics right. I found it to be accurate for essentials like step tracking. Activities can be started directly using the pusher, and you can select any of the activities on offer.

Compared to my Fitbit Ionic, step tracking was off by just a couple of steps. That is plenty good for the money. However, it was plagued by the same issue as the Mi Watch Revolve — poor GPS reception.

Related: The best GPS running watches you can buy

Initially, I chalked it down to cloudy skies. Yet, on multiple days and at multiple spots, the watch either failed to get a GPS lock or just dropped it altogether. It’s not a feature I would recommend buying the Realme Watch S Pro for.

Heart rate tracking on most fitness wearables is plenty good nowadays, and that’s true for the Watch S Pro as well. The watch calculated my resting heart rate as 64bpm which was a bit more than the 58bpm measured by my Fitbit. Variance during workouts was similar, and the Realme Watch S measured a maximum heart rate of 133bpm over a brisk walk compared to the 140bpm measured by the Fitbit.

Incidentally, sleep tracking is also excellent with granular data about sleep cycles. This is par for the course. Nevertheless, it is good to note that the watch was accurate. The measured data was available within a minute or two of me waking up.

The SpO2 sensor doesn’t trigger automatically and does not offer any insights into sleep apnea or sleep disorders.

Finally, the watch has a built-in SpO2 sensor, but I wouldn’t put much weight into the data here. There is no automation at all. Users are expected to take manual readings. Without the option to gauge your blood oxygen levels while you sleep, the Realme Watch S Pro has no way to offer insights towards sleep apnea. Elsewhere, the measurements weren’t particularly accurate either.

I tested out the watch against a dedicated pulse oximeter, and the variance between readings was quite significant.

Does the Realme Watch S Pro have smartwatch functionality? The Realme Watch S Pro, like the Xiaomi Mi Watch Revolve, is a smartwatch-lite. It has the basics like notifications, but there’s not much else you can do. You cannot reply to notifications, nor is there any sort of smart assistant integration.

General interface navigation is practically the same as on most other fitness watches. It involves a series of swipes and taps to move between notifications, quick settings, the app drawer, and widgets.

The swipe-based interface is easy to navigate, and the inclusion of home screen widgets like Wear OS is convenient.

I like Realme’s implementation of widgets. They allow you to get quick information about your sleep cycles or daily fitness levels right on the home screen — even though it looks like it was lifted straight from Wear OS.

I also quite liked the variety of watch faces on offer, with plenty available to suit most tastes. You also get applets for a stopwatch, media control, as well as the ability to control your smartphone’s camera. Going forward, Realme plans to integrate controls for its IoT ecosystem products into the watch. We’ll need to see how those plans pan out.

The Realme Link app is what you’ll need to set up the watch and to gain access to all the data it captures. The application is a bit rudimentary but gets all the basics right. The homepage gives you an at-a-glance view of your daily step count, sleep data, heart rate, and more. From here, you can tap into subsections to get more granular data about specific parameters.

It is possible to configure the watch to give you reminders to drink water or to get up and take a walk. However, there’s still no 24-hour heart rate monitoring. Instead, Realme will let you configure increments from 5 minutes, all the way to 30 minutes for capturing heart rate readings.

The Realme Watch S Pro isn’t perfect, but it makes a case for itself as a first smartwatch. The design delivers, battery life lives up to the performance and essentials like fitness features and notification syncing works exactly as you would expect. GPS based workouts, however, are still less than perfect.

The closest competitor to the Realme Watch S Pro is the Xiaomi Mi Watch Revolve. It offers a similar feature set and is priced the same as Realme’s fitness watch. It has a bolder design and brighter display but doesn’t offer much in terms of functionality.

There’s also the Oppo Watch. It’s a “proper” smartwatch running Wear OS that can be had for a similar price. The Oppo Watch costs Rs. 14,990 and offers excellent fitness tracking as well as the ability to install third-party apps. GPS workouts notwithstanding, the Real Watch S Pro does most of what it promises on the package. If you’re in the market for a fitness wearable that does just a little more, the Realme Watch S Pro should fit the bill nicely.

That said, unless you are really keen on a larger display, a fitness band will get you much of the same functionality for much less money.

Next: The best fitness tracker deals we could find

The best fitness trackers 2021: the best activity bands you can buy today

Mon Feb 1 , 2021
The best fitness tracker will give you extra incentive to get active and provide you with a wealth of statistics on your workouts and general health so you have the data you need to achieve your fitness goals. With so many fitness trackers on the market, it can be daunting […] 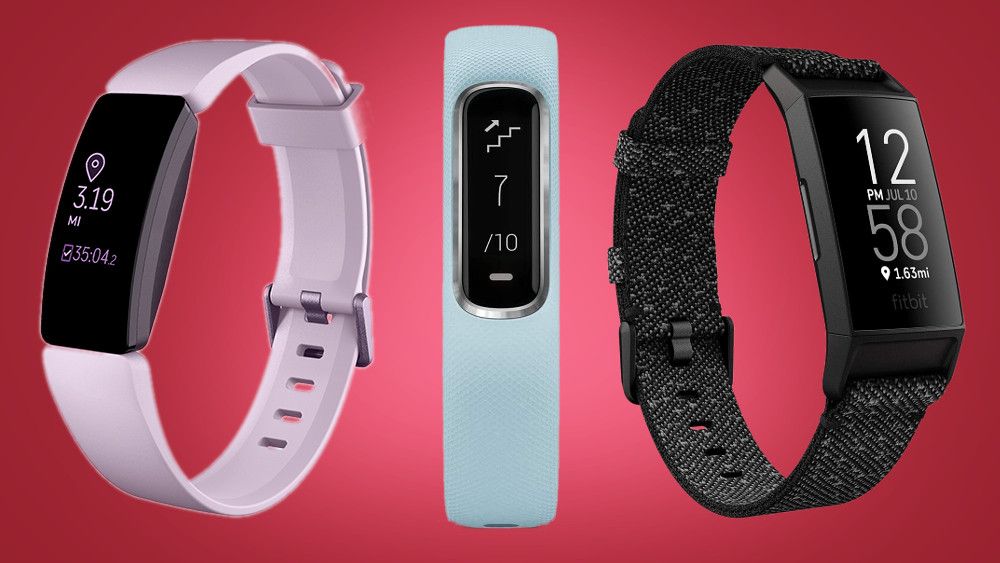