Ambulance staff are often the first to attend the site of many difficult scenes. Yau Ming Low/ Shutterstock Being ambulance staff can be a high-stress job. They encounter many situations in their daily line of work that can have a lasting impact on their mental health. According to MIND, around […]

Being ambulance staff can be a high-stress job. They encounter many situations in their daily line of work that can have a lasting impact on their mental health. According to MIND, around nine in ten emergency services staff have experienced poor mental health at some point in their career. Another study estimated that around 22% of ambulance staff have post-traumatic stress disorder (PTSD).

Ambulance staff are often the first to attend the site of many difficult scenes, including deaths by suicide. We interviewed ambulance staff about the impact that responding to deaths by suicide has on their mental health. We found that not only did many feel ill-equipped to respond to these calls, these events also had a severe impact on their mental health.

We carried out interviews with nine ambulance staff. They had all lost at least one colleague to suicide, and said that responding to suicide was a common part of their job. They described often being the first professionals at the scene of a suicide or attempted suicide, and how they undertook varied – and often conflicting – roles.

This often involved negotiating with people in crisis, informing families and friends of the death of a loved one, dealing with the intense emotional reactions of bereaved people, and protecting the site and the body of the deceased until police arrive to investigate the scene of the death.

Participants reported intense memories of these events even if the suicide was some time ago. One participant told us:

I wouldn’t believe anybody […] if they said that it didn’t affect them because it always affects you… I’ll go to bed and I’ll dream about it and I’ll have strange dreams and I’ll think about it… [suicide] affects you mentally in some other way whether you think that you’re over it or not.

All ambulance staff interviewed also said that the impact of attending a suicide did not seem to be recognised by their managers and they had received no guidance about how to cope.

Many said they felt pressure to continue working, because stress and trauma are “what the job’s all about”. Others felt there was a stigma in asking for help. Ambulance staff also told us there was little guidance on how to respond to suicides, or how to care for staff who may have been affected.

Research shows the job puts a heavy toll on ambulance staff, with mental health issues widespread. One US study found that 14% of respondents reported symptoms of depression, 28% had symptoms of anxiety, and 34% appeared to be high risk for suicide. Another study found that suicidal thinking was higher in emergency services personnel than other professionals. Paramedics also experience the highest levels of PTSD compared to other emergency service personnel. But our exploratory study is the first to examine the reasons why these mental health issues might be prevalent in this group.

The participants in our study also reported they had no training in how to respond to suicides, or how to support people at the scene who were bereaved by suicide. Their lack of training made them feel helpless, they said, especially given that these calls are a common part of the job.

This lack of training isn’t a unique issue among healthcare professionals of all kinds, who are often faced with situations they aren’t prepared or trained for. One of our study’s authors previously conducted interviews with GPs to find out what challenges they faced when dealing with parents bereaved by the suicide of adult children. The study found that many GPs also felt they hadn’t received sufficient training, and don’t have enough support in their practices to deal with this incredibly difficult part of their job.

As a result of our work, training has been developed for health and social care professionals about how to respond to people bereaved by suicide. This training is the first of its kind internationally, and involves increasing knowledge, skills and confidence in responding to the bereaved at the scene of deaths by suicide.

This training is also available for ambulance staff. But our study showed that ambulance staff have different emotional, practical and training needs compared to GPs and other mental health professionals. Part of this is because ambulance staff tend to be the first professional on site, which means they are exposed to both the scene of the suicide and the bereaved families. The current training programme gives training on responding to the bereaved family, but doesn’t currently focus on issues around trauma, managing the incident or balancing conflicting roles during a call.

There is still a need for better awareness by the general public of how to talk about suicide and how to help those struggling to help prevent these unnecessary deaths. Opening a dialogue about suicide and the impact that it can have may help reduce stigma in the future and allow those who most need help to be able to receive it.

If you have seriously harmed yourself, or you don’t feel that you can keep yourself safe right now seek immediate help by calling 999.

This article is republished from The Conversation under a Creative Commons license. Read the original article.

Carolyn Chew-Graham receives, and has received, funding from NIHR.

Sharon McDonnell is the Managing Director of Suicide Bereavement UK which specialises in research, training and consultancy. Suicide Bereavement UK delivers PABBS suicide bereavement training, referred to in this article. I am also currently leading a research project that focuses on the needs of emergency services in UK and Holland. Findings will be translated into evidence-based emergency services suicide bereavement training.

Pauline Nelson does not work for, consult, own shares in or receive funding from any company or organisation that would benefit from this article, and has disclosed no relevant affiliations beyond their academic appointment.

Sat Jul 4 , 2020
Hillary Clinton Getty Former Secretary of State Hillary Clinton said her administration could have saved more lives and modeled “more responsible behavior” during the coronavirus pandemic. “I know I would have done a better job,” Clinton told a Hollywood Reporter podcast on Friday.  Her comments come amid mounting case totals in […] 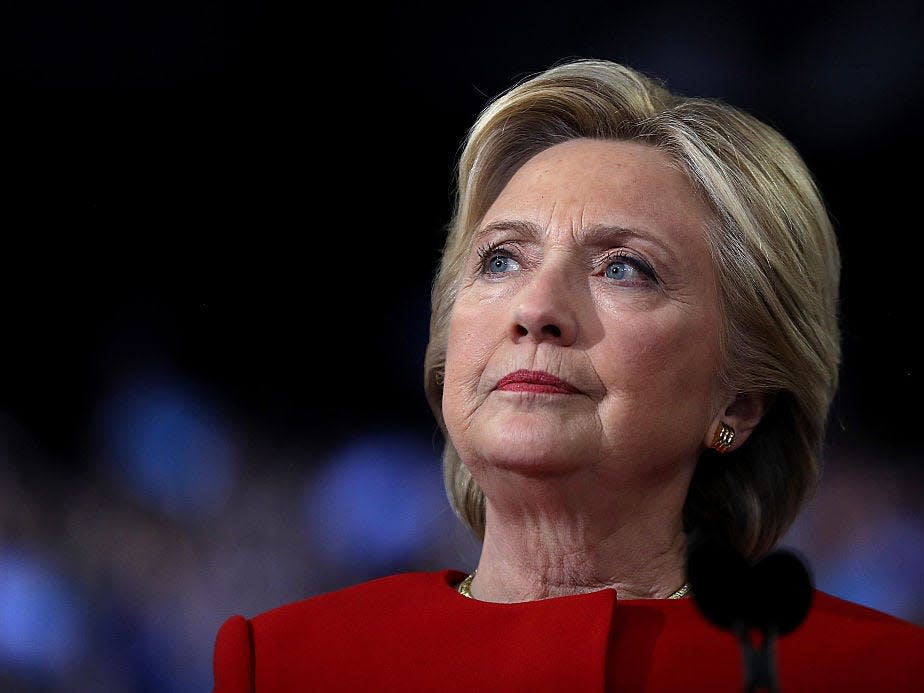