The annual ranking of the fittest U.S. cities, out today, tracks with some of the cities that weathered COVID-19 better — but the reverse is also often true.

The ranking underscores how cities can help or hinder residents’ opportunities to be physically active, lose weight and avoid chronic conditions including diabetes, hypertension and heart disease, which increase the risk of serious illness and death from COVID-19.

The COVID-19 death rate for Arlington, Virginia, the nation’s fittest city for the third year in a row, is 56 per 100,000 population. Like most of the other Washington, D.C. suburbs, Arlington had more cases per-capita than more rural parts of the state. Indiana’s Marion County, which includes 94th-ranked Indianapolis, has the highest number of cases and deaths in the state.

“We know from research that physical activity can build a healthier immune system and overall wellness which help minimize harmful effects of illness and disease,” said Barbara Ainsworth, chair of the American Fitness Index Advisory Board. “This pandemic shows the need to have local parks, trails and connected sidewalks in all neighborhoods that allow people to exercise safely.”

While fitness can help individuals ward off some of the virus’ most dangerous effects, other factors play a big role in how susceptible a city becomes.  An area’s public health messaging, social distancing, use of mass transit and average number of people in a household all play a part, said Dr. Amesh Adalja, an infectious disease physician.

Even though physical activity mitigates some of COVID-19’s effect, “No matter how fit a city is, there are going to be populations that aren’t fit,” said Adalja, also a senior scholar at Johns Hopkins’ Center for Health Security.

The index, co-sponsored by the American College of Sports Medicine and the Anthem Foundation, uses 33 health behaviors, chronic diseases and community infrastructure indicators to come up with scores that rank both the health of communities and those who live in them.

That’s especially true in cities with high populations of Blacks and Hispanics, as they have been disproportionately affected by COVID-19, said NiCole Keith, ACSM’s new presiden

“Covid’s negative health outcomes come from diseases that are positively impacted by physical activity,” said Keith. “If you give people a place to be active, the likelihood they will do it is higher.”

Only one in four Americans meet national physical activity guidelines and more than 30 million have diagnosed heart disease, Ainsworth said, noting it should be of “national concern.”

Sedentary lifestyles across the country cost more than $117 billion a year in health costs, said Ainsworth. The Fitness Index, she added, is a “prescription for communities to bring about positive change.”

As obesity’s link to COVID-19 grows, one family that lost 24-year-old daughter diets together

While there were many bright spots in the findings, researchers founds only 22% of adults in the 100 largest cities met the guidelines for both aerobic and strength activities.  Adults need 150 minutes per week of moderate intensity activity, or

•All cities, In all 100 cities, residents exercised more, biked more, fewer smoked and there were more parks within a 10-minute walk this year compared to last.

•New Orleans. Mayor Mitch Landrieu set a goal for the city to be one of the ten-fittest in the U.S. The city’s Fit NOLA strategic plan targets healthy eating, physical activity, and tobacco use, among others. The city is currently ranked 50th.

The index, in its 13th year, now ranks cities instead of entire metropolitan areas to better capture the true health disparities seen in urban area. The health challenges facing low-income people in cities were getting offset by the healthier suburbs, said Keith.

In Indianapolis, where Keith lives, the city has expanded trails, added green spaces and increased the number of farmers markets.

It’s easier for people to make healthy choices, said Keith. when the community has parks and other recreational facilities. She exercises every day at 3 p.m. at a local university.

Natasha Burke, an assistant professor of psychology at Fordham University who specializes in obesity and eating disorders, said community leaders need to work with underserved residents to determine the health solutions that will make people more active.

“Instead of us saying, ‘We think you need this,’ asking, ‘What do you need?’” Burke said. 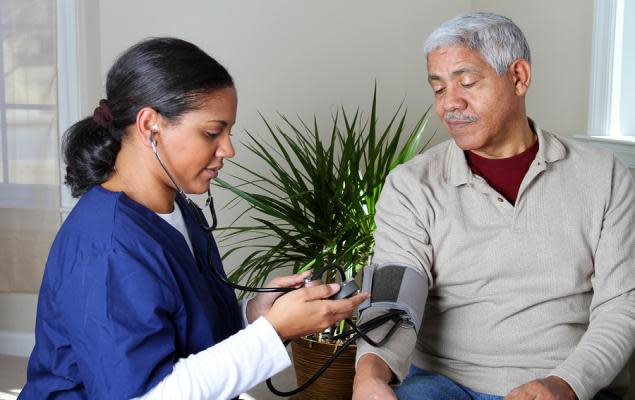