BALTIMORE — After Baltimore police officers shot a man who pulled a firearm while undergoing a behavioral health crisis last week, the organization that oversees the city’s behavioral health services called the current system “a total failure” that needs better integration of mental health professionals with the police.

There is no indication that police dispatchers attempted to connect available behavioral health resources with officers on the scene before they shot Ricky Walker Jr. on July 1, said Adrienne Breidenstine, vice president of policy and communications for Behavioral Health System Baltimore.

“This incident with Mr. Walker highlights a total failure of our two systems,” Breidenstine said. “We need to get police the heck out of there and not even be handling these types of calls.”

The city has two so-called crisis response teams that handle mental health issues, one inside the police department and another at the nonprofit Baltimore Crisis Response Inc. Breidenstine said the incident highlights how the city has created an unnecessarily complex system to deal with people in crisis.

First formed in 2013, Behavioral Health System Baltimore is a nonprofit that serves as the behavioral health authority for the city.

In collaboration with the state Department of Health, the organization oversees the continuum of publicly funded behavioral health services in the city, from deescalation training at the police academy to providing services for the city’s schools. According to Breidenstine, the organization operates with a roughly $52 million annual budget, primarily from state and federal funding, with the city contributing $950,000 a year.

“Currently, behavioral health crisis services are not valued as part of emergency response, as evidenced by the limited resources to support a robust system.”

Baltimore police released body camera footage Thursday showing Walker visibly upset with the officers’ presence before he ultimately pulls out a gun and is shot by officers. Much of the focus was on how responding officers handled the behavioral health crisis and whether mental health experts should’ve been called.

While the footage shows the officers tried to calm the situation before shooting Walker, officers never called the nonprofit’s crisis hotline. Police had called the hotline 168 times in fiscal year 2019.

The nonprofit recently expanded Baltimore Crisis Response’s capacity to be able to respond to crises in-person 24 hours a day.

The police department’s own crisis team was off-duty, as it operates from 11 a.m. to 7 p.m., seven days a week. The team consists of five police officers — one sergeant, one lieutenant and three officers — and one licensed clinical social worker.

While Police Commissioner Michael Harrison said the three officers in the basement with Walker had some deescalation training, the department has not yet begun a weeklong “Crisis Intervention Team” training for officers, which Harrison said would be a department-wide initiative to further teach officers about how to handle such crises.

Harrison commended the actions of the officers involved in the Walker shooting, saying Thursday that “while there are people in behavioral health who could be the appropriate people to respond, we have to figure out how to handle that when we have people who are armed and perhaps dangerous.”

“I think anybody who has the appropriate training to deal with mental health crises is a valued partner and someone who is trained to deal with armed suspects, with people who have the propensity to use them or perhaps are unstable while being armed, that training is very different,” he added.

Breidenstine said the team could wait outside just as the medics who first responded to the scene did once they established that Walker might have a weapon.

“I certainly think somebody with mental health training should’ve been involved,” she said.

City Councilman Zeke Cohen said he intends to introduce legislation calling for a hearing on the matter, adding that the city’s system for responding to such crises “is convoluted and unclear.”

In watching the footage Thursday, he said that while he understands and appreciates the officers’ attempts to deescalate the situation, “folks’ trauma can become triggered by the presence of officers.”

“I think it’s a complex set of systems, and it’s really important in this moment as we rethink policing … that everyone has a role to play and everyone knows” what that role is, said Cohen, adding that he believes the city needs “a better integration of systems.”

Breidenstine and her agency want to eliminate the inconsistencies and gaps, and are calling for the department to fully integrate Baltimore Crisis Response’s team of behavioral and mental health professionals into the department’s 911 dispatch center.

“Our system will continue to fail the people it is trying to serve” without immediate change, she said.

While the nonprofit oversees the police department’s Crisis Response Team, it cannot force police to call their 24/7 hotline if the the department’s team isn’t available.

The county’s Mental Health Agency has separate Mobile Crisis Teams designed to respond primarily to calls from police officers,” according to the county’s website. Those teams have become more of a fixture in the day-to-day activities of emergency responders. Officers call them while on patrol and the teams are on police radios to monitor potential calls.

The Anne Arundel police Crisis Intervention Team also remains connected to cases involving mental health issues. Lt. Steven Thomas said last year that the team will go so far as to connect a suspect with the Public Defender’s Office if they’re charged with a crime and have no legal representation.

As for whether the officers should have called Behavioral Health System Baltimore, Harrison said that “hindsight being 20/20, they could have been” called, “but how do we find others who have that training (with firearms) and have the capacity to handle it 24 hours a day, 7 days a week?”

But Breidenstine has no doubt police should have called.

“We need to make sure mental health professionals are involved when someone is experiencing a mental health crisis in the community,” she said. “Currently, behavioral health crisis services are not valued as part of emergency response, as evidenced by the limited resources to support a robust system.”

Visit The Baltimore Sun at www.baltimoresun.com

Being fit, losing weight is a powerful force against COVID-19 but cities have to do more

Tue Jul 14 , 2020
The annual ranking of the fittest U.S. cities, out today, tracks with some of the cities that weathered COVID-19 better — but the reverse is also often true.  The ranking underscores how cities can help or hinder residents’ opportunities to be physically active, lose weight and avoid chronic conditions including diabetes, hypertension […] 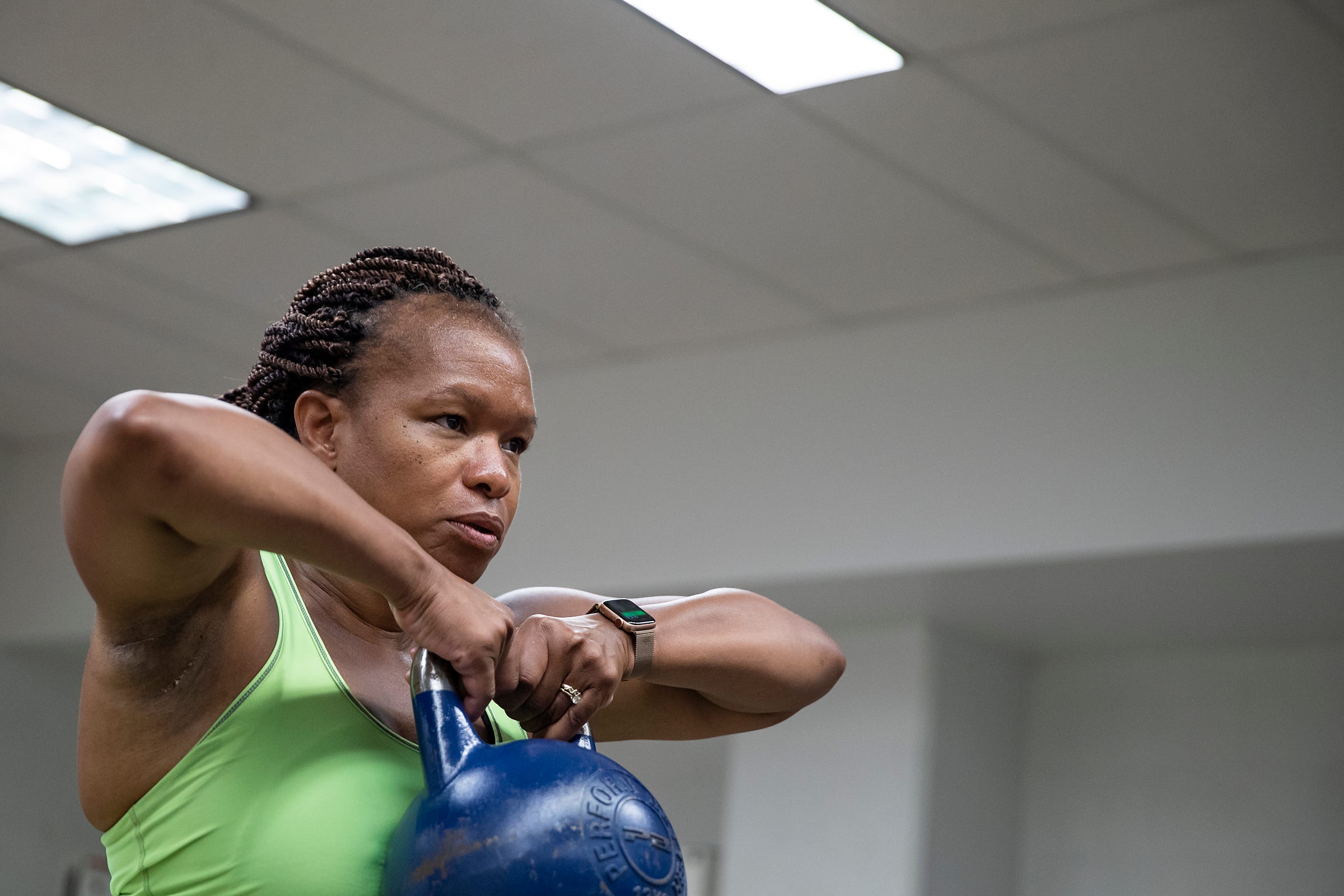