President Donald Trump’s top health officials can no longer use the White House briefing room as a daily bullhorn for public safety messaging during the pandemic, so they’ve settled on a different strategy: contradict Trump on other platforms.

Anthony Fauci on Thursday used a panel discussion on the future of health care to warn that “we’re still in a significant problem,” an assessment at odds with the president’s assertion that things are getting better.

At a coronavirus task force briefing on reopening schools, held off the White House grounds, coronavirus response coordinator Deborah Birx appeared to cast doubt on Trump’s claim that children are not affected by the virus, cautioning that there’s little hard data on the health effects on kids.

And FDA Commissioner Stephen Hahn — the only administration health official to make the rounds of last Sunday’s morning news shows — refused to defend Trump’s assertion that 99 percent of coronavirus cases are “totally harmless.”

“I’m not going to get into who is right and who is wrong,” Hahn said, later urging people to take the pandemic threat seriously.

These public health officials, who have become brand names during the coronavirus crisis, appear to have coalesced behind a series of straightforward, science-driven messages that stand increasingly apart from the president’s insistence that the threat is subsiding. They’re delivering through an array of interviews, podcasts and a fresh series of task force briefings staged throughout the Washington area.

What the American public ends up seeing is a jarring split screen, public health experts said, with fragmented but dire assessments about the pandemic response and what should be done shrouding the White House’s sunny, hands-off approach.

“Every time he speaks he undermines not only his people but his own public health message,” Georges Benjamin, executive director of the American Public Health Association, said of Trump. “What leadership should do is lay the groundwork and allow the scientists to give the health message.”

A White House spokesperson refuted any suggestion of mixed messages.

“The president continues to lead the response to this pandemic, and his actions, not only to protect public health but also the economy and workforce, are ensuring we are stronger than ever before,” the spokesperson said.

He declined to comment on whether Trump will resume coronavirus briefings at the White House.

Yet at White House events, during political rallies and on Twitter, Trump over the last week has downplayed the virus’ resurgence even as his health advisers scramble to contain it. “The reason we show so many Cases, compared to other countries that haven’t done nearly as well as we have, is that our TESTING is much bigger and better,” he wrote on Twitter Thursday morning.

It’s a favored claim of Trump’s that the White House’s own task force has long since abandoned — instead acknowledging that alarming spikes in several states’ cases are directly due to community spread and praising governors’ decisions to shutter bars and reimpose social distancing restrictions.

“What we’re experiencing in the Southeast and Southwest, and frankly seeing emerge in some areas of the country, is a very serious public health situation,” HHS Secretary Alex Azar said on Thursday, during a live stream interview with The Hill. “We have to take individual responsibility in the construct of reopening work, school and health care systems again. If we don’t, we’re going to see results like this.”

But Azar and the others are treading a delicate line, by interspersing urgent appeals for Americans to exercise caution and follow public health guidelines with defenses of White House efforts to reopen the economy and rush people back to classrooms and offices.

That was perhaps most evident on Wednesday, when White House task force members traveled to the Education Department for a press briefing on reopening schools.

Pressed on how the administration planned to ensure kids’ safety, Vice President Mike Pence waved off the risk, telling reporters that “children do not appear to be susceptible to serious illness from the coronavirus.”

Only minutes later, Birx signaled there is still uncertainty about how children are being affected.

“The lowest-tested portion is the under-10-year-olds,” Birx said. “So we’re putting into place other ways to get testing results from them … and try to really figure this out.”

Birx and Fauci this week have used media appearances to amplify calls for mask wearing while blaming the pandemic’s resurgence in GOP-led states like Arizona and Texas on reopening too quickly and recklessly.

“Instead of driving 25 in a 25-mile-an-hour zone, stepped on the gas and started going 65,” Birx said in a Tuesday Sirius XM radio interview.

Meanwhile, Azar and CDC Director Robert Redfield have also expressed concern about the surge in cases, but remained less willing to address criticism of Trump or attribute the surge in cases to reopening efforts.

And as new cases hit record levels almost daily, bold assurances that the pandemic is under control are being eclipsed by pleas for personal responsibility and worries that the nation is at risk of going backward.

“We have got to just tighten things up,” Fauci said on a Wall Street Journal podcast. “This is not inconsequential what’s going on. It’s having an impact.”

On Thursday, Surgeon General Jerome Adams promoted a Twitter PSA counseling social distancing and mask wearing. “When we can’t stay six feet from others, please, I’m begging you, wear a face covering,“ he said in the spot.

Such messages have not hit home with Trump, who outside public health experts cite as a key impediment to organizing a coherent national response. And those in the administration who are grappling with the pandemic’s resurgence have had little access to the White House’s megaphone, which Trump has used to tout a decline in daily coronavirus deaths despite warnings the trend could soon reverse.

Fauci, for example, has appeared on just six television programs since June 1, White House press secretary Kayleigh McEnany said Wednesday, and was absent from the task force briefing that day.

He’s instead relied on a series of podcasts and livestreams to get his message out — including a Facebook Live conversation with his boss, NIH Director Francis Collins, to warn that the U.S. is “still knee-deep in the first wave” of the pandemic.

The CDC — historically the lead agency responding to public health emergencies — has largely been bypassed in public messaging and only recently resumed twice-monthly phone briefings with reporters.

Meanwhile, the White House’s coronavirus task force has been holding briefings off grounds, a departure from earlier in the pandemic when Trump would often commandeer the daily events staged from the White House briefing room.

“It’s unusual to have the president, the lead of the executive branch, kind of taking a different stance than the agency that provides the expertise and guidance,” Marcus Plescia, the chief medical officer for the Association of State and Territorial Health Officials, said of the CDC. “That is challenging.”

But the urgency of the moment may be emboldening the health officials.

The FDA’s Hahn refused to defend Trump’s assertion that nearly all coronavirus cases were harmless, saying data from the task force “show us that this is a serious problem.”

After Trump early Tuesday highlighted the country’s falling mortality rate, Fauci that afternoon warned during a livestream press conference with Democratic Sen. Doug Jones (D-Ala.) that “it’s a false narrative to take comfort in a lower rate of death.”

Trump has shown flashes of impatience with the experts, at one point this week criticizing Fauci and boasting he “sort of didn’t listen to my experts” in closing off travel from China early on. McEnany refused on Wednesday to say whether the president still had confidence in his infectious disease expert.

Azar and Redfield have taken a more cautious approach, studiously avoiding any criticism of Trump even as they offer a far grimmer portrait of the weeks to come.

“What we do want to reiterate, as we reopen schools, is to remember the importance of protecting the vulnerable,” Redfield said Wednesday, even as he backed Trump’s calls for full classrooms come the fall.

Outside experts say the apparent contradictions underscore how the White House’s political aims are taking precedence over the public health realities.

“The best thing is when the boss has your back and the public knows what the position of the administration is — and then have the scientists give the details,” Benjamin said.

“There was a lot of wishful thinking around the country that, hey it’s summer — everything’s going to be fine,” Schuchat, a longtime senior CDC official, said in an interview. “We are not even beginning to be over this.”

Eleven days later, the interview, a YouTube livestream with the Journal of the American Medical Association, had only received about 30,000 views.

Sun Jul 12 , 2020
BALTIMORE — After Baltimore police officers shot a man who pulled a firearm while undergoing a behavioral health crisis last week, the organization that oversees the city’s behavioral health services called the current system “a total failure” that needs better integration of mental health professionals with the police. There is […] 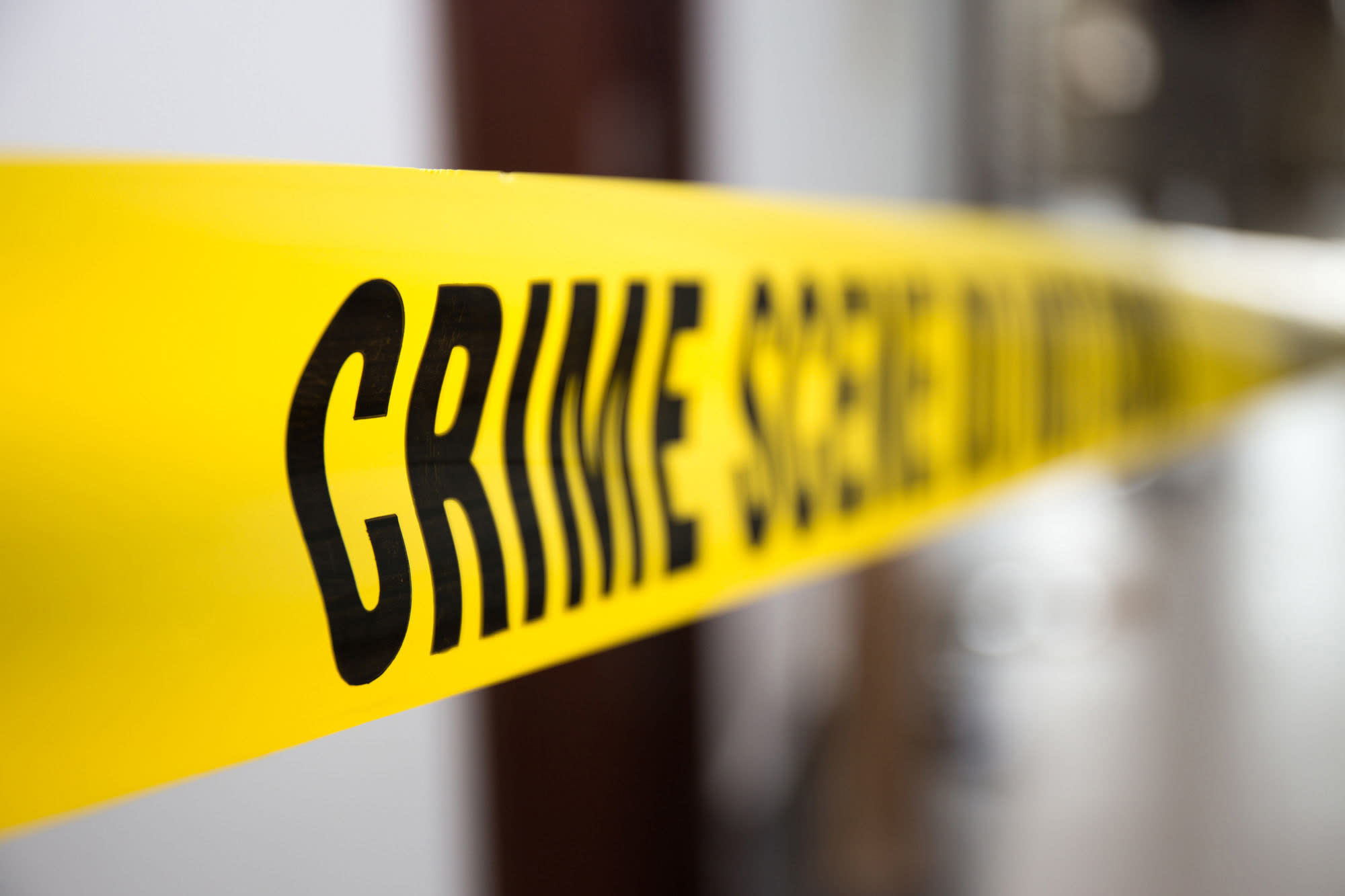